A pearl is a hard, rounded secretion formed inside the shell of certain mollusks, used as a gem.

It is built up of layers of aragonite or calcite held together by conchiolin. Its composition is identical to that of the “mother-of-pearl,” or nacre, that forms the interior layer of the mollusk shell. Pearls may be round, pear-shaped, button-shaped, or irregular (baroque) and are valued in that order.

Pearls are characterized by their translucence and lustre and by a delicate play of surface color called “orient.” The more perfect its shape (spherical or droplike) and the deeper its lustre, the greater its value. Only those pearls produced by mollusks whose shells are lined with mother-of-pearl (e.g., certain species of both saltwater oysters and freshwater clams) are really fine pearls; pearls from other mollusks are reddish or whitish, “porcellaneous,” or lacking in pearly lustre. Pearls are not faceted or polished like other gems.

Pearl Colors vary with the mollusk and its environment. They range from black to white, with a rose’ tint esteemed most desired. Other colors are cream, gray, blue, yellow, lavender, green, and mauve.

Pearls come in a wide range of sizes. Those weighing less than 1/4 grain (1 pearl grain = 50 milligrams = 1/4 carat) are called “seed pearls.” The largest naturally occurring pearls are the “Baroque” pearls.
“Baroque” pearls are irregularly shaped pearls that have grown in muscular tissue; pearls that grow adjacent to the shell are often flat on one side and are called “Mabe'” pearls.
Jewelers commonly refer to saltwater pearls as “Oriental” pearls and to those produced by freshwater mollusks as “Freshwater” pearls.

Natural freshwater pearls  occur in mussels for the same reason that saltwater pearls occur in oysters.

Foreign material, usually a sharp object or parasite, enters a mussel and cannot be expelled. To reduce irritation, the mollusk coats the intruder with the same secretion it uses for shell-building, nacre. A great irony of pearl history is that the least expensive cultured pearl product in the market today rivals the quality of the most expensive natural pearls ever found. Pearls from freshwater mussels lie at the center of the liveliest activity in pearling today. 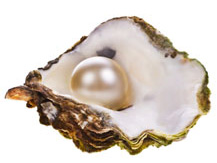 Pearl farmers experimented with freshwater mussels in Lake Biwa, Japan. Initial commercial freshwater pearl crops appeared in the 1930s. The all-nacre “Biwa” pearls formed in colors unseen in saltwater pearls. Almost instantly appealing, their lustre and luminescent depth rivaled naturals because they, too, were pearls throughout. 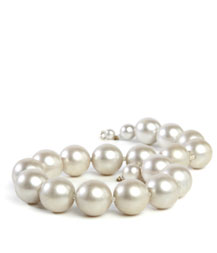 A cultured saltwater pearl that comes primarily from Japan and China. Size ranges from 2mm to 10mm, and is used in most of the necklaces found in retail stores. “Akoya” overtone colors are rose and green and combinations of overtone and body colors are white-rose.

The largest Natural pearl center is the Persian Gulf, which is said to produce the finest saltwater pearls. Other important sources are the coasts of India, China, Japan, Australia, the Sulu Archipelago, various Pacific islands, Venezuela, and Central America, and the rivers of Europe and North America. 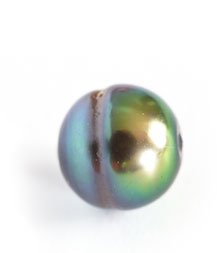 Because of their rarity, are often highly valued. Everything that makes the Tahitian pearl unique among gems–the size of the pearls, the colors, the mirror-like shine, the rainbow play of light–is the product of a perfect and precise combination of factors that exist nowhere else in the world. In the pearl oyster, it is the substance that makes up the inner lining of the shell, or the “mother-of-pearl”, as well as the pearl itself. Black Pearls are sorted according to their size, shape, color, luster and purity: 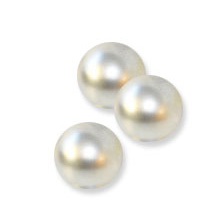 Almost all South Sea Pearls are cultivated. As in the past, the pearl divers still exist, but today their role is to collect Mother of Pearl shells and deliver them to the pearl farms for the cultivation of South Sea Pearls. Unlike other cultured pearls, The South Sea cultivated Pearl consists predominantly of pearl material known as nacre. The quality and thickness of the nacre is the most important factor in determining a pearl’s beauty and value. 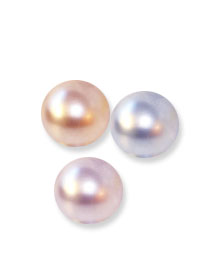 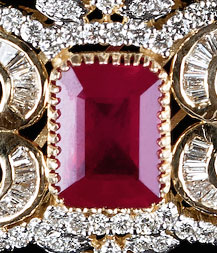 RUBIES Ruby has been the world’s most valued gemstone for thousands of years. In the ancient language of Sanskrit  TELL ME MORE > 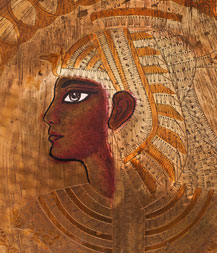 EMERALDS Cleopatra prized her emeralds more than any other gem. Mummies in ancient Egypt were often buried…TELL ME MORE > 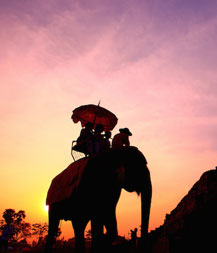 SAPPHIRES Blue sapphires are found chiefly in Thailand, India, Sri Lanka, and Myanmar, Australia and in the US…TELL ME MORE > 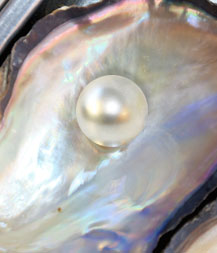 PEARLS A pearl is a hard, rounded secretion formed inside the shell of certain mollusks, used as a gem. TELL ME MORE >